On Friday, January 25, 2019, a “rock star” named Hailey had the amazing opportunity of a lifetime: a recording session, free of charge, courtesy of Carl Nappa and John Rogliano at the St. Louis Recording Club.

How did this come about? Through the efforts of local songwriter Al Hammerman, MD, and Steve Straub—both Advisory Council members of Maryville University’s Kids Rock Cancer music therapy program. Hammerman and Straub reached out to Nappa and Rogliano, who immediately invited Hailey to record. 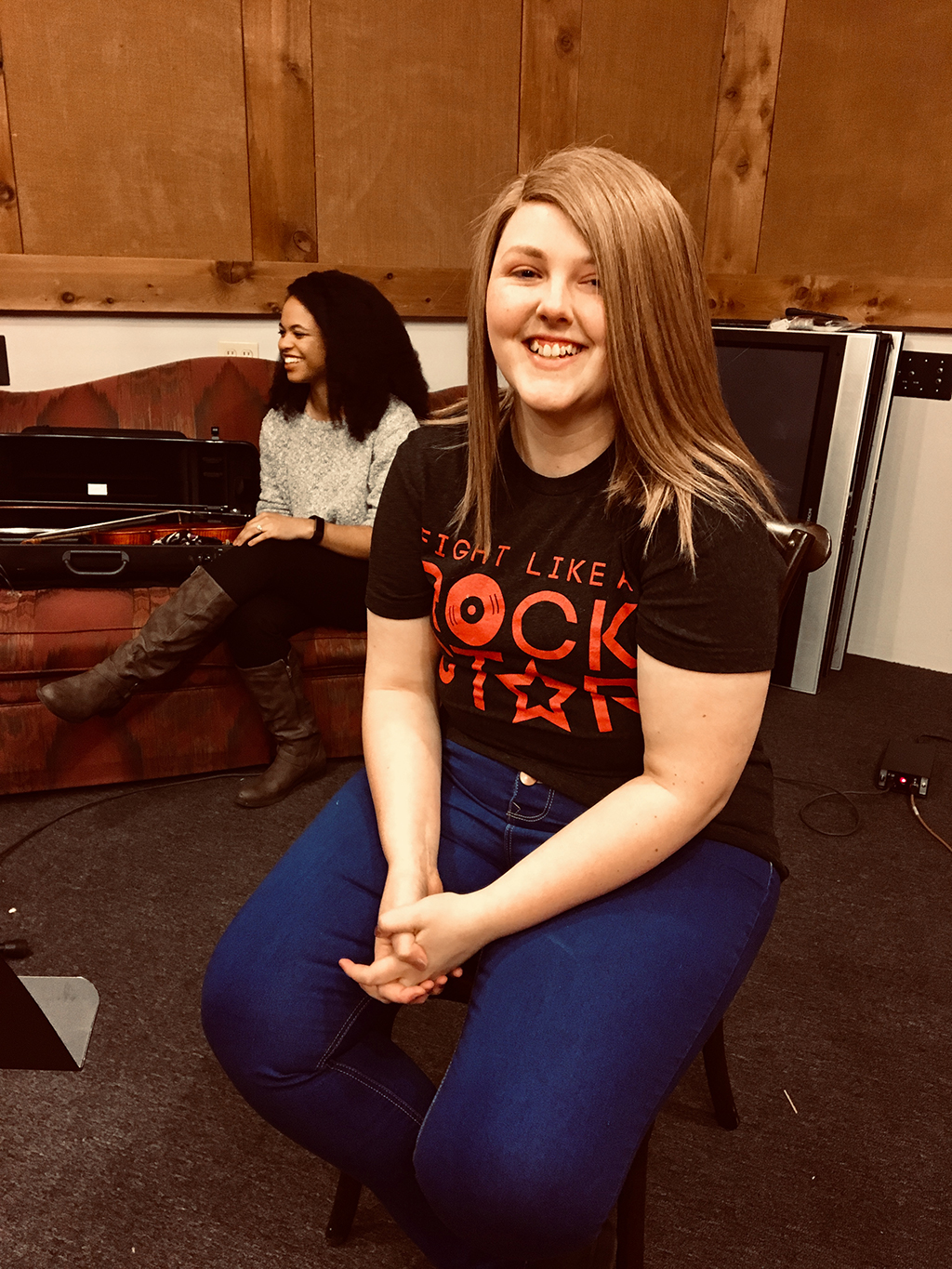 Hailey is not a typical KRC participant. A talented singer in her own right, she moved with her family from Las Vegas to St. Louis when she was 17. Few who met the modest teen were aware of her passion for music and her ability to write and sing. Even as she tried out for shows like The Voice, she kept her talents to herself. Finishing her junior and senior years of high school in University City, Hailey was ready to embark on a professional career when an accidental fall in 2017 derailed her plans. The fall turned out to be the result of osteosarcoma—a form of pediatric bone cancer in her leg.

As a patient at SSM Cardinal Glennon Children’s Hospital, she met the music therapists from Kids Rock Cancer. Hailey and her music therapist, Jaime, bonded over their mutual love for female songwriters, such as Tori Kelly and Hayley Williams. Hailey’s story of how she ended up in a “Midwest Town” spurred the lyrics that flowed onto paper and into a song. A few chord progressions, inspired by Tori Kelly and Ed Sheeran, helped influence the melody. Hailey’s confidence grew throughout the session, and she began changing lyrics and singing her own versions. The song cleverly does not mention cancer by name—but instead shares the experience of “her fall” in a double entendre during the bridge of the song, followed by her rise during treatment, which is reflected melodically and lyrically. 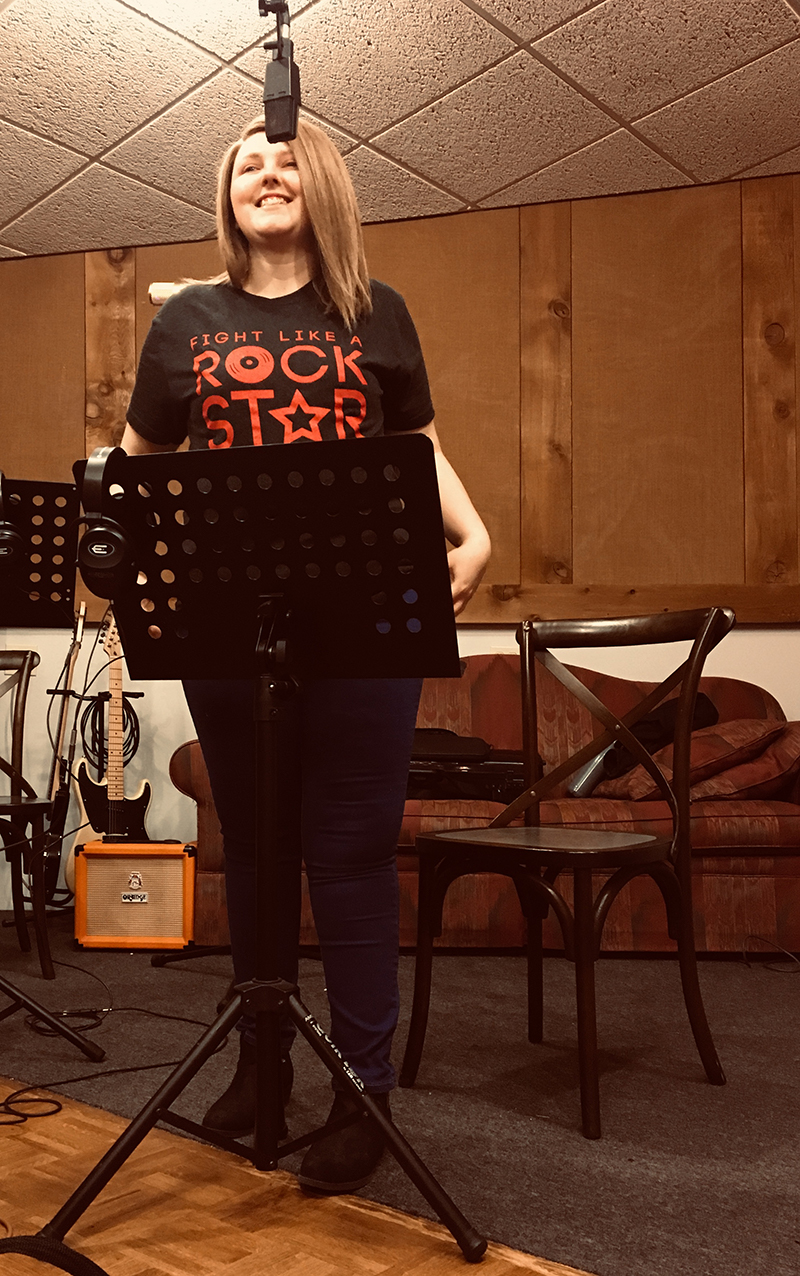 After performing “Midwest Town” at a Kids Rock Cancer event in October 2018, Hailey was ready to collaborate on another hit, this time with all of the Kids Rock Cancer music therapists. Her new song, about her journey to remission, would reflect more on her view of the future, which she was seeing “in a different light with brand new eyes.” During the session, happy tears were shed by all over the song’s indescribable purity. Through her music, Hailey strives to educate other people about the struggles of a young adult battling cancer, and increase awareness in general. She hopes people will listen to her music and recognize the beauty in the little things; seeing the world with a new outlook through “brand new eyes.”

In November 2018, Hailey stood strong with her KRC team and performed “Brand New Eyes” at a Kids Rock Cancer event. The audience listened in complete silence to her beautiful voice and unforgettable lyrics, then rose to a standing ovation. For Hailey it was an important validation of the hidden talent and strength within her. 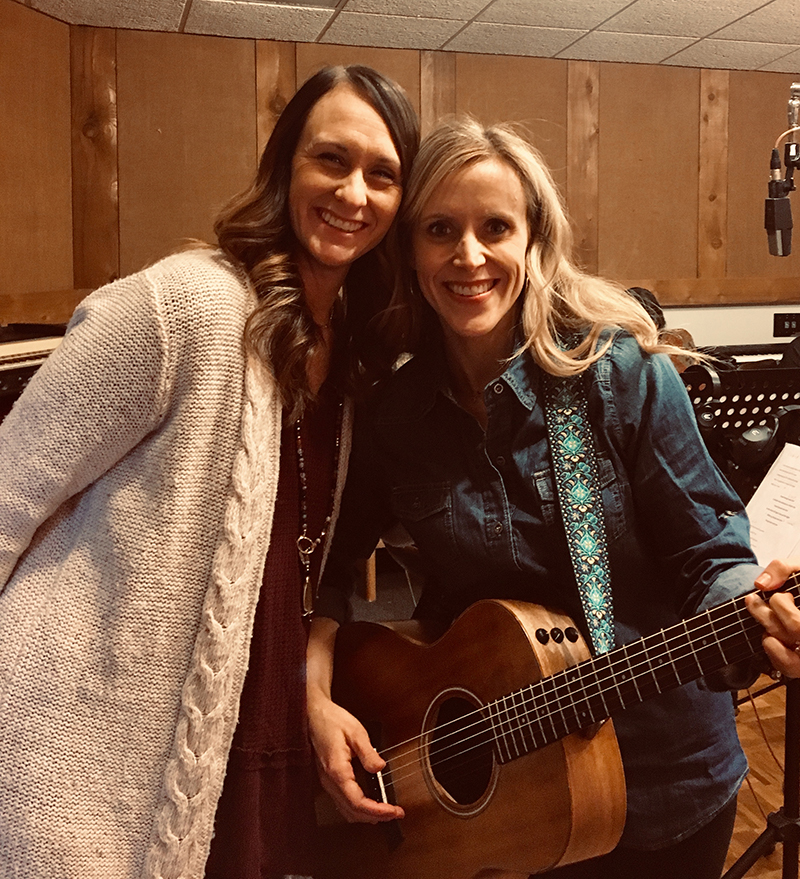 Hailey will continue fighting for she is beyond strong. She is a warrior.

But look at how far I’ve come

Continuing my life without knowing

Who I’m gonna be or what’s to come

I have brand new eyes

A whole new outlook on a better life

I have brand new eyes

In the dead of night I can see the light

With my brand new eyes

My life hasn’t been exactly perfect

But I still keep pushin’ on

Take my hand and I will lead you

Down this road where no one knows

Open up your eyes

A whole new outlook on a better life

Open up your eyes

In the dead of night you can see the light

If it wasn’t for the voice of God

I wouldn’t be where I am right now

Allow yourself to see

The future is now….

So don’t you close your eyes

Don’t you close your eyes

In the dead of night you can see the light